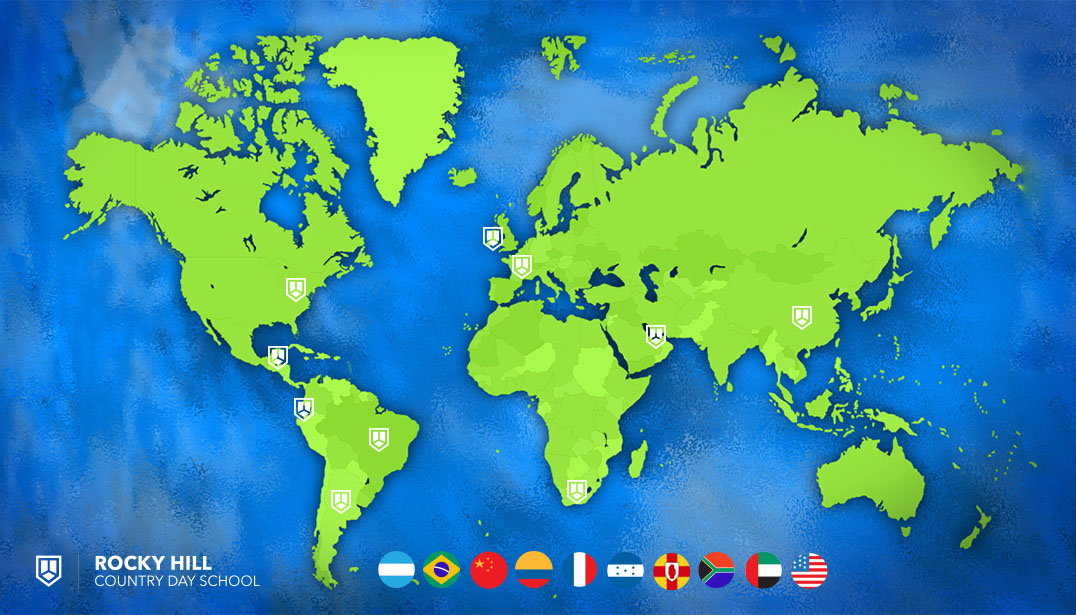 Classes at Rocky Hill Country Day School are structured around eight key competencies for developing students into nimble and adaptable thinkers equipped with the necessary tools to acquire new knowledge quickly in a rapidly changing world. One of these core tenets is being Globally Minded, and students from Pre-K to 12th grade are taught to embrace an open mind that values diversity and different perspectives supported by an understanding of global issues.

Globally Minded also means the development of community, providing people of all nationalities with a unique opportunity to learn and grow together in a way that might not otherwise be possible. And in a school setting, we appreciate how international exchanges and relationships have come to positively shape our own community at Rocky Hill Country Day. 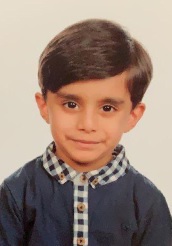 Ali A. ’32 joined the Rocky Hill Country Day community with his sister, Asma A.’25 and brother, Faisal ‘22 in September. Originally from the UAE, the family have built a second home in Rhode Island, and already Ali feels a connection here. According to Lower School Teacher Stephanie Cruff, “Playing outside reminds Ali of being in the UAE where he spends a lot of outdoor time.” Being in the fresh air is important to Ali, and his favorite activity at RHCD is playing soccer. Soccer, or كرة القدم (kurat alqadam) in Arabic, is the most popular sport in the UAE, and it is from players like Ismail Matar, who scored the winning goal when UAE won the 2007 Arabian Gulf Cup, that tomorrow’s stars like Ali take their lead.

But balance is everything, and Ali’s athletic activities are offset by an academic program that includes an Arabic language tutor so he can maintain his birth language in a bilingual setting. Language lessons are important across Rocky Hill Country Day, and in Elaine Bernardino, originally from Brazil, students benefit from a member of faculty who not only speaks multiple languages, fluently, but can teach the associated cultures as well. However, moving nations is never easy, but when Bernardino switched the beaches of her homeland for the shores of Rhody, she found open arms.

“I cannot be more grateful about how I have been warmly welcomed by the RHCD community and how I feel I belong,” explains Bernardino, “I really appreciate that because I can create new connections and live in another country.”

The importance of communication continues in the Upper School, and in Ming Shen’s Mandarin classes, English-speaking students are equipped to meet their peers from China in the linguistic middle. In total, 19 students from across China study at Rocky Hill Country Day School, and with such varied socio-geographic landscapes within their home nation, each of these students bring a unique worldview to East Greenwich, different and impactful in their own special way. Not everyone in China speaks Mandarin, in fact there are eight “main” languages, as well as dialects and cultural languages. In this respect, Mandarin can be considered a common ground of sorts, and Ming Shen and her students help to build important linguistic and cultural bridges through friendships and sharing. 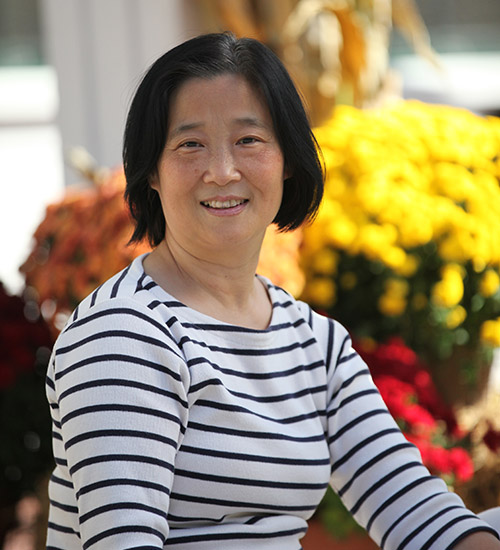 Keeping in the halls of Flynn, another language you are likely to hear in the Upper School is French. Dean of Student Life, Eléna Rich, and English teacher, Charlotte Buecheler, both come from Europe’s largest country, and both have found homes, and families, in Rhode Island. But it is that connection between both places that makes the Rocky Hill experience so important.

“I am lucky to have a few colleagues who speak French and also come from France,” explains Rich, “sometimes, it’s just really nice to be able to have that connection with home.”

“I arrived in Rhode Island with no place to stay for a few days and a colleague of mine, who didn’t know me at the time (other than when she interviewed me), just offered that I stay at her place until I could move into mine. She is now one of my closest friends.”

From Bernardino to Rich, globally minded schools nurture international friendships within the greater community. A recent addition to the Rocky Hill community is Communications and Media Editor, Amadeus Finlay, who joined RHCD in October 2019. Born in Belfast, Ireland, educated at the University of Edinburgh in Scotland, with a career spanning Europe and the United States, Finlay has spent more time in a global community than living in his own nation. But at RHCD, he found something truly special.

“Rocky Hill presented an entirely different educational landscape to the one I experienced in Northern Ireland,” explains Finlay. “Due to the legacy of British control over that corner of the island, children in my generation were divided at a young age into religious sect schools, rather than kept together. When I saw what was happening here, the encouragement of diversity and the championing of individual identity, I just needed to become part of it and help the vision continue.”

Leading the Communications department is Susan Fonseca-Lanham. Pioneering the new working world, Fonseca is from Honduras, lives in Atlanta, and has developed relationships all over the planet. And like Finlay, Fonseca has found something unique in the RHCD community that has not only captivated her heart, but sparked creative and innovative ways to work together.

“The impact of having roots around the world and a home at RHCD is that we get to be bridge-makers to the next generation,” explains Fonseca. “We leverage our global networks to create authentic invitations for our school community to destinations unfamiliar or outside our walls. The impact shows up in programs like LEEP and Hackathon, where in 2020 RHCD expanded global partnerships to include 10 new schools from 10 different nations. The exchange that happens at RHCD because of such diverse ‘lives lived’, also brings results in the quality of our work.” 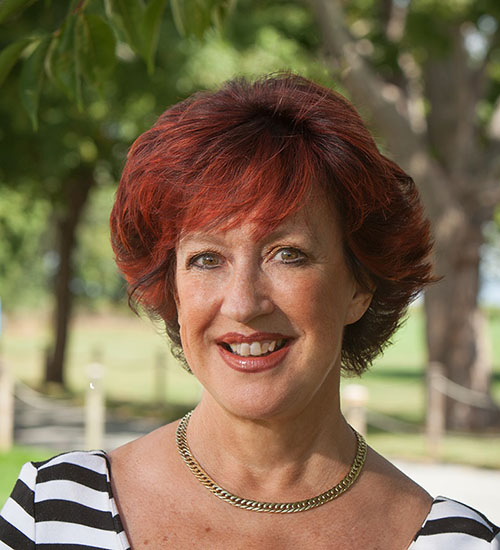 Friendships, legacies, and lifelong connections- international roots run deep at RHCD. Belinda Snyman, Upper School English has been at Rocky Hill since 2001 and over the past two decades has found many ways to connect her classes to her homeland in South Africa.

“Throughout my long tenure, I have created and been afforded numerous opportunities to integrate South Africa and an abounding spirit of “ubuntu” (common humanity) into my curriculum and my relationships. Whether through literature, language, or a treasured tradition, I feel privileged to share my heritage.”

A shared heritage is exactly what the community at Rocky Hill Country Day has come to be built upon. Thinking outside with a global mindset should not be an alien concept, rather it should be normalized through submersion in a functioning, connected society of peers. Ubuntu, in practice.

And where better to begin that process, than at school?

The North Antrim coast, home to Amadeus Finlay and the Game of Thrones location sets. Photo credit, A. Finlay. 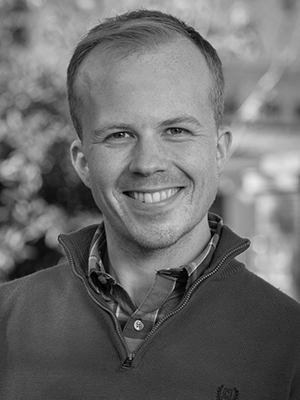 PrevPreviousRight Down the Middle
NextWhen the Student is the TeacherNext

Rocky Hill Country Day School is a Preschool to Grade 12 independent school accredited by the New England Association of Schools and Colleges.

Rocky Hill Country Day School stands firmly behind the principle that the admission of students, the employment of faculty and staff, the operation of programs, and the governance of the School be open to all who are qualified regardless of race, creed, color, national origin, ethnic origin, or sexual orientation.

If you have any questions, or would like to know more about Rocky Hill Country Day School, please fill out the form below.